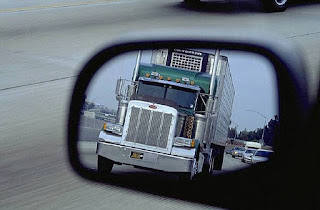 Lately I've been thinking about hires I've seen that went bad. What seemed like the right selection at the time turned into a huge disappointment, or worse--a total nightmare. This is particularly the case when selecting for supervisors and managers.

Looking back at those decisions, what happened? So far I've identified several classic cases:

1) Smallville Syndrome. While the individual may have had success in a smaller role, they were completely unfit to take on the bigger scope of the new job. The strategies that worked before are no longer adequate in the new position. This is similar to thinking your strongest specialist will make the best supervisor, but it can happen even with people that are currently in a similar role.

2) The Loch Ness Monster Effect. On the surface, everything seems fine with the applicant. But lurking below is a monster, just waiting to rear its head. Once in the right position, you will see a side of them you weren't anticipating--and it won't be good.

3) Gumby Complex. A supreme lack of flexibility leads the individual to spurn suggestions to do things differently or be open to new ideas. This often results in a toxic combination of alienating their bosses as well as their subordinates.

4) Prima donna-itis. A hard-charging and competitive individual contributor who consistently performs at the top of their group can yield big returns. But this typically isn't what you're looking for in a supervisor or manager. Instead what can happen is they build their own island where subordinates either conform or get kicked out.

5) Iwannajob condition. The individual wants a job--any job. And they don't care what they do as long as it pays. Except they do. And sooner or later they will realize this, start disengaging, and you've lost valuable training, relationships, and resources.

Turning these around, we see some ideas for improving the selection process:

1) Dig, dig, dig. Resist the urge to hire quickly. Do your homework and gather as much information as you can about potential hires--particularly ones going into leadership positions. Have the courage to not hire anyone if you don't like your candidate pool.

2) Pay attention to the minor details. Something may seem like a minor personality quirk that is overshadowed by the person's strengths. But that quirk may end up making their strengths irrelevant if their new environment causes the quirk to grow into a full-blown condition. Think about how a personality trait might exhibit itself in a new environment.

3) Focus on the job at hand. It's trendy to focus on someone's performance history. And many times this can predict performance in a new job. But when the new position requires new competencies--or a whole new level of them--what happened in the past may not be so instructive. Use a variety of strong assessment devices tied to the position, not the applicants.

4) Consider personality inventories. Yes, they can be challenging to adopt, administer, and interpret. But a lot of organizations use them successfully to help get underneath the shiny exterior. Just be very careful when selecting the particular tool to use.

5) When hiring for a supervisor or manager position, spend 80% of your time looking at personality and communication style, 20% on technical competencies. People want to be led, motivated, and engaged, not micromanaged by someone who feels like they can do the job better than you can.

6) Try to find out why the person wants the job. This isn't easy, and generally won't be had by simply asking, "So...why do you want this job?" You can start with that question, but follow it up with a bunch more that get at whether the person has really thought about their fit and what they hope to accomplish in the position.

This is of course just a sample of what can go wrong and some quick suggestions. As those of you that have been doing this a while know, hiring the right person is usually not quick and easy--particularly for leadership positions. But boy is the effort spent up front worth it. Just ask anyone who's ever had a bad boss.
Posted by BryanB at 11/30/2011

Get posts via e-mail

Get shared items via email

While I do not have a duty to modify or withdraw posts/comments, I may do so if I choose.
FeedBurner privacy statement

Some of my presentations & publications